Thanks to work done at Institute Curie by a team led by Fatima Mechta-Grigoriou, Inserm Research Director, it is now possible to identify, among women with aggressive ovarian cancer, those who could benefit from a promising targeted therapy. 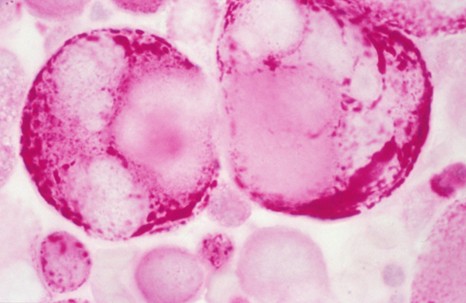 The Stress and Cancer team (an Inserm/Institut Curie team designated by the French National Cancer League), directed by Fatima Mechta-Grigoriou (photo, right), has just taken a major step toward identifying women with an aggressive form of ovarian cancer who are likely to benefit from targeted therapy in the form of a MEK inhibitor.

Moreover, BRAF activates the MEK signalling pathway[1] involved in the development of low-grade ovarian tumours. MEK inhibitors have therefore been proposed as a possible therapeutic solution for these cancers.“75% of ovarian cancers are high grade, i.e. highly aggressive. The mutation profile differs between low- and high-grade tumours,” explains Virginie Mieulet (photo, left), post-doctoral fellow and co-author of this work. “For example, alterations in the KRAS/BRAF oncogenes are present in 70% of less aggressive tumours, but in only 1% of aggressive tumours.”

Fatima Mechta-Grigoriou and her team show that prescription of MEK inhibitors could extend to high-grade tumours. Because the MEK pathway is activated in 50% of high-grade ovarian tumours, even in the absence of KRAS/BRAF mutations. Why? “Because of MAP3K8 accumulation,” explains the researcher. “This protein controls tumour progression by regulating the cell cycle and tumour invasion, thus playing a key role in the development of ovarian cancers.”

“The MAP3K8 protein might serve as a biomarker for identifying patients likely to benefit from a therapy based on MEK inhibition,” adds Fatima Mechta-Grigoriou, Inserm Research Director, “especially since it can be quite simply detected from a tissue section by our physician pathologist colleagues, who, incidentally, have helped us greatly in this work.”

[1] Because of the key role of the MEK signalling pathway in carcinogenesis—activation is observed in 30% of cancers—MEK inhibitors constitute a promising therapeutic approach. Clinical trials are currently underway for several tumour locations (skin melanoma, intestinal tumours, thyroid cancer, etc.).

Ovarian cancer affects nearly 4,600 women in France each year. An ovarian tumour can develop silently for quite a long time, and thus attain a large size before causing symptoms that induce the woman to seek medical advice. This explains why this cancer is often diagnosed at an advanced stage. It is responsible for 3,150 deaths per year. Treatment is based mainly on a combination of surgery and chemotherapy. The choice between the different treatment options depends on the morphology of the tumour cells, their rate of proliferation, disease spread, etc. Analysis of the molecular profile of tumours could soon contribute to this decision and improve management. In most women with ovarian tumours, combination chemotherapies (platinum-taxane chemotherapy) have been shown to be effective. However, once a recurrence is diagnosed, there is no really effective treatment at this time.
TO CITE THIS POST :
Press release – Inserm press room Ovarian cancer: A promising approach for treating the most aggressive forms using targeted therapy Link : https://presse.inserm.fr/en/ovarian-cancer-a-promising-approach-for-treating-the-most-aggressive-forms-using-targeted-therapy/20961/