Physicians insufficiently informed of the side effects of drugs.

An international study involving 255 physicians practising in Vancouver, Montreal, Sacramento and Toulouse found that physicians are not given enough information about the adverse effects of drugs during presentations made by medical sales representatives from pharmaceutical companies. And yet, these same physicians are willing to prescribe at least some of the presented drugs. Dr. Geneviève Durrieu (from the Pharmaco-epidemiology team assessing the use of medication and the risks involved, Unit 1027 “Epidemiology and public health analyses: risks, chronic diseases and handicaps” – Inserm / Université Toulouse III – Paul Sabatier) led the French part of this study, the results of which are published in the Journal of General Internal Medicine. Within the framework of this international study, is France proving to be a model student?

Prescription-only drugs play a major part in the therapeutic care of the patient. However, they can also have adverse effects on the patient’s health. Several studies have shown that the information provided by the medical sales reps strongly influence the decision to add a drug to a prescription, often without the physician being fully aware of the side effects. In order to find out more, international researchers carried out an accurate study on the quality of the information given by medical sales reps when promoting drugs to physicians.

4 sites were selected: Vancouver, Montreal, Sacramento and Toulouse. The physicians were selected by a draw. Of the 704 physicians contacted, 36% agreed to participate. Then information was gathered about 1692 drugs promoted by medical sales reps between May 2009 and June 2010.

After each visit from the sales rep, the physicians were asked to fill in a questionnaire about how the drugs were promoted by the sales rep: they gave information (benefits and risks) about each promoted product, handed out free samples and gave invitations to events.

An overall lack of information

In this study, the researchers reported that the information given by the medical sales reps concentrated on the benefits of the drugs presented more often than their potential risks.

And the same situation was reported for all sites in the study (Montreal, Sacramento, Toulouse and Vancouver). During more than half of the visits made to promote drugs (59%), the sales rep did not mention any adverse effects at all. This figure rose to 66% for Vancouver and Montreal.

Even more worrying: the results showed that “serious” side effects of drugs were only mentioned in 6% of the sales promotions.

France may be a model student, but…..

France differs from other countries by the fact that that the risks are mentioned more often by the sales reps: in 61% of cases to be exact.

But the overall figure taking into account all the countries involved in the study gave an average of only 41%.

However, this figure must be considered with caution, because the information given mainly concentrated on frequent and benign side effects (such as nausea, diarrhoea), whereas, in the other sites, 94% of presentations mentioned no “serious” side effect whatsoever.

On the other hand, the therapeutic benefits are highlighted in 80% of cases. 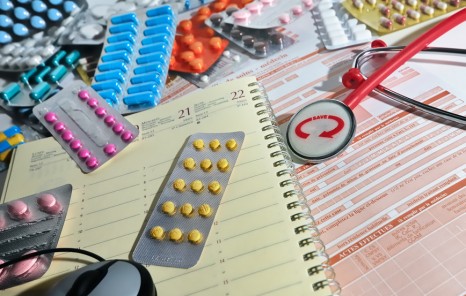 What are the rules applicable to medical sales reps?

In France and in the USA, government authorities in charge of medication regulations are in charge of the rules and supervision of medical sales rep presentations at physicians’ surgeries. In France an additional approach was introduced in 2005. It is known as the Charter of Ethics for Pharmaceutical Sales Visits. This charter sets out the authorized and the prohibited practices and the information that must be given to the physician.

In Canada, the medical sales rep visits are regulated by Canada’s research-based pharmaceutical companies (Rx& D), who set out criteria concerning the information to be given to the physician.

TO CITE THIS POST :
Press release – Inserm press room Physicians insufficiently informed of the side effects of drugs. Link : https://presse.inserm.fr/en/physicians-insufficiently-informed-of-the-side-effects-of-drugs/8305/