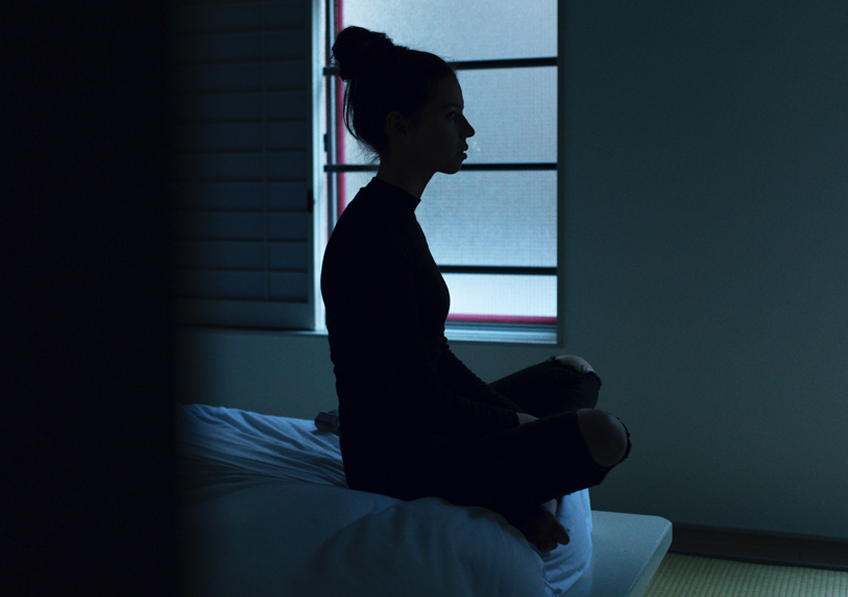 With the number of vulnerable students increasing under the effects of the health crisis, detecting those in severe distress and at risk of suicide is essential to enable the earliest possible intervention. © Ben Blennerhassett – Unsplash

How do we predict suicide risk in students? This is a pertinent issue at a time when the harmful effects of the health crisis on student mental health are becoming increasingly apparent and the importance of early detection and management of this risk is well-known. A team of researchers from Inserm and Université de Bordeaux, in collaboration with the Universities of Montreal and McGill in Quebec, have used artificial intelligence to identify a small set of mental health indicators that accurately predict suicidal behavior in students. Their findings have been published in Scientific Reports.

Suicide is the second leading cause of death among 15-24-year-olds, and students are at particular risk of suicidal behaviors. Several known factors may contribute to the increased risk in this population: the transition from high school to college, the added workload, psychosocial stress and academic pressures, and the adaptation to a new environment. Risks that have also been exacerbated by the health crisis related to the COVID-19 pandemic.

The early detection of suicidal behaviors (suicidal thoughts and attempts) is essential to enable access to appropriate treatment. Using a machine learning method[1], researchers at Inserm and Université de Bordeaux have developed an algorithm that accurately identifies the main predictive factors of suicidal behaviors in a student population.

Over 5,000 French students followed for one year

The findings of this study are based on the analysis of data collected from 5,066 students who were followed for at least one year between 2013 and 2019. They all belong to the i-Share cohort on student health led by Christophe Tzourio, professor of epidemiology at Université de Bordeaux, practitioner at Bordeaux University Hospital and director of the Bordeaux Population Health research center.

The participants are over 18 years old, French-speaking and enrolled in a French university. They completed two detailed online questionnaires: one at the time of enrollment, the other a year later. The information gathered through this process provides researchers with information about their health, their drug and alcohol use, their medical and psychiatric history, and their psychological state.

This follow-up revealed that approximately 17% of the participating students, both girls (17.4%) and boys (16.8%), exhibited suicidal behaviors in the year elapsing between the two questionnaires.

Before initiating the modeling work based on artificial intelligence, the researchers identified 70 potential predictive factors, collected in the inclusion questionnaire, having an influence on suicidal behaviors according to the scientific literature. These include sociodemographic data, certain physical and mental health parameters, personal and family history of suicidal behaviors, living conditions and lifestyle, substance use, and childhood trauma.

The machine learning method, which simultaneously analyses many factors associated with suicidal risk, then ranked these 70 potential predictors according to their importance in predicting student suicidal behaviors.

The results of the study show that out of these 70 potential predictors measured at inclusion, four detect around 80% of suicidal behaviors at follow-up. These are suicidal thoughts, anxiety, depressive symptoms and self-esteem.

To the researchers, these findings suggest that validated and commonly used psychological scales, such as the Rosenberg Self-Esteem Scale, Spielberger’s STAI-YB scale for anxiety, and the PHQ-9 for depression, would be sufficiently informative to identify students at risk for suicidal behavior.

“This research needs to be confirmed, but it opens up the possibility of large-scale screening by identifying students at risk of suicide using short, simple questionnaires, in order to refer them to appropriate care,” explains Tzourio, coordinator of the study.

In secondary analyses conducted on a subsample of 3,946 students who did not exhibit suicidal behaviors at cohort entry, the primary predictors that stood out in the statistical analysis were depressive symptoms, self-esteem, and academic stress in girls and predominantly self-esteem in boys. Self-esteem would therefore represent an independent and important predictive marker of suicidal risk.

“The mental health specialists on our teams did not expect self-esteem to be one of the four major predictors of suicidal behaviors,” says Melissa Macalli, a doctoral student in epidemiology and author of the study. “This finding, which would not have been obtained without the use of artificial intelligence techniques making it possible to cross-tabulate a large number of data simultaneously, opens up new avenues for both research and prevention,” she concludes.

The impact of the COVID-19 epidemic on students

The COVID-19 epidemic has had a significant impact on the mental health of students, a population already known for its high levels of stress, anxiety, depressive symptoms, and suicidal behaviors. The causes have been identified: social isolation linked to the closure of universities, the collapse of financial resources with the disappearance of student jobs, concerns about the course of studies and future prospects. The CONFINS study (www.confins.org, Kappa Santé and the i-Share team) launched in April 2020 to measure the impact of the epidemic on wellbeing and mental health, showed that 33% of students had depressive symptoms compared to 16% of non-students. With the number of vulnerable students increasing under the effects of the health crisis, detecting those in severe distress and at risk of suicide is essential to enable the earliest possible intervention.

[1]Machine learning is a form of artificial intelligence (AI) that allows a system to learn from data rather than through explicit programming.