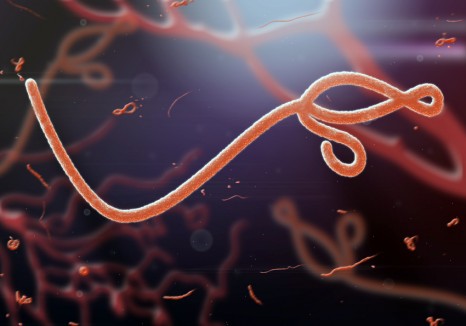 The National Institute for Biomedical Research (INRB) of Kinshasa and Inserm have characterized the nature of the Ebola virus responsible for the 9th epidemic currently raging in the Democratic Republic of Congo (DRC). The strain identified is the so-called Ebola Zaire strain.

According to a latest report published by the WHO (19/5/2018), a total of 46 cases (of which 21 confirmed), due to the current epidemic have been reported in the Democratic Republic of Congo (DRC). The risk for public health can be considered as high because of the possible extension in urban areas and neighboring countries.

Since the outbreak in West Africa in 2014, we have learned that the responsiveness of national and international health authorities is fundamental to accelerate the management and deployment of vaccines and possible treatments such as antivirals, or neutralizing antibodies. The deployment of these strategies, currently under discussion between the DRC authorities and the WHO, depends on the characterization of the virus responsible for the epidemic. Five Ebola strains are known today.

The collaboration established between INRB and INSERM (UMR INSERM / IRD / University of Montpellier), the technology transfer and the exchange of researchers between the two institutes allowed the genetic characterization of the circulating virus in the DRC, responsible of the current epidemic. The strain identified is the so-called Ebola Zaire strain.

The approach used by the researchers used standard on-site techniques and new generation techniques that did not require the isolation of the live virus. The partnership between the two institutes as part of Inserm’s Reacting platform and its program to monitor the reservoir of the Ebola virus in Africa, supported by the french ministry for education and research with the help of the IRD and of the University of Montpellier, allowed a rapid deployment of these technologies. Reacting, a platform coordinated by Inserm, with its partners in the alliance Aviesan (alliance for life sciences and health), is a multidisciplinary consortium bringing together teams and laboratories of excellence, to prepare and coordinate research to deal with sanitary crises.

“This collaboration has allowed us to respond quickly to a health emergency, to ensure that the nature of the Ebola virus responsible for the epidemic is identified by DRC researchers and to alert the health authorities to rapidly deploy treatment on sites, “says Professor JJ Muyembe, Director General of INRB.

“I congratulate the INRB for this breakthrough under difficult conditions in its mission of monitoring and diagnosis and the excellence of our collaboration,” said Professor Eric Delaporte.

“In this context of health crisis, our experience in Guinea during the Ebola outbreak in 2014, the structuring of the Reacting platform conducted under the responsibility of Prof. Yazdanpanah, and the North / South collaborations put in place allowed us to better prepare and respond quickly. I would like to congratulate Professor Delaporte and Professor Muyembe for this breakthrough. This opens the way to the care of the sick people”, says Pr Yves Lévy, CEO of Inserm.

TO CITE THIS POST :
Press release – Inserm press room The nature of the Ebola virus responsible for the 9th epidemic currently raging in the DRC characterized Link : https://presse.inserm.fr/en/the-national-institute-for-biomedical-research-inrb-of-kinshasa-and-inserm-have-characterized-the-nature-of-the-ebola-virus-responsible-for-the-9th-epidemic-currently-raging-in-the-democratic-republ/31425/