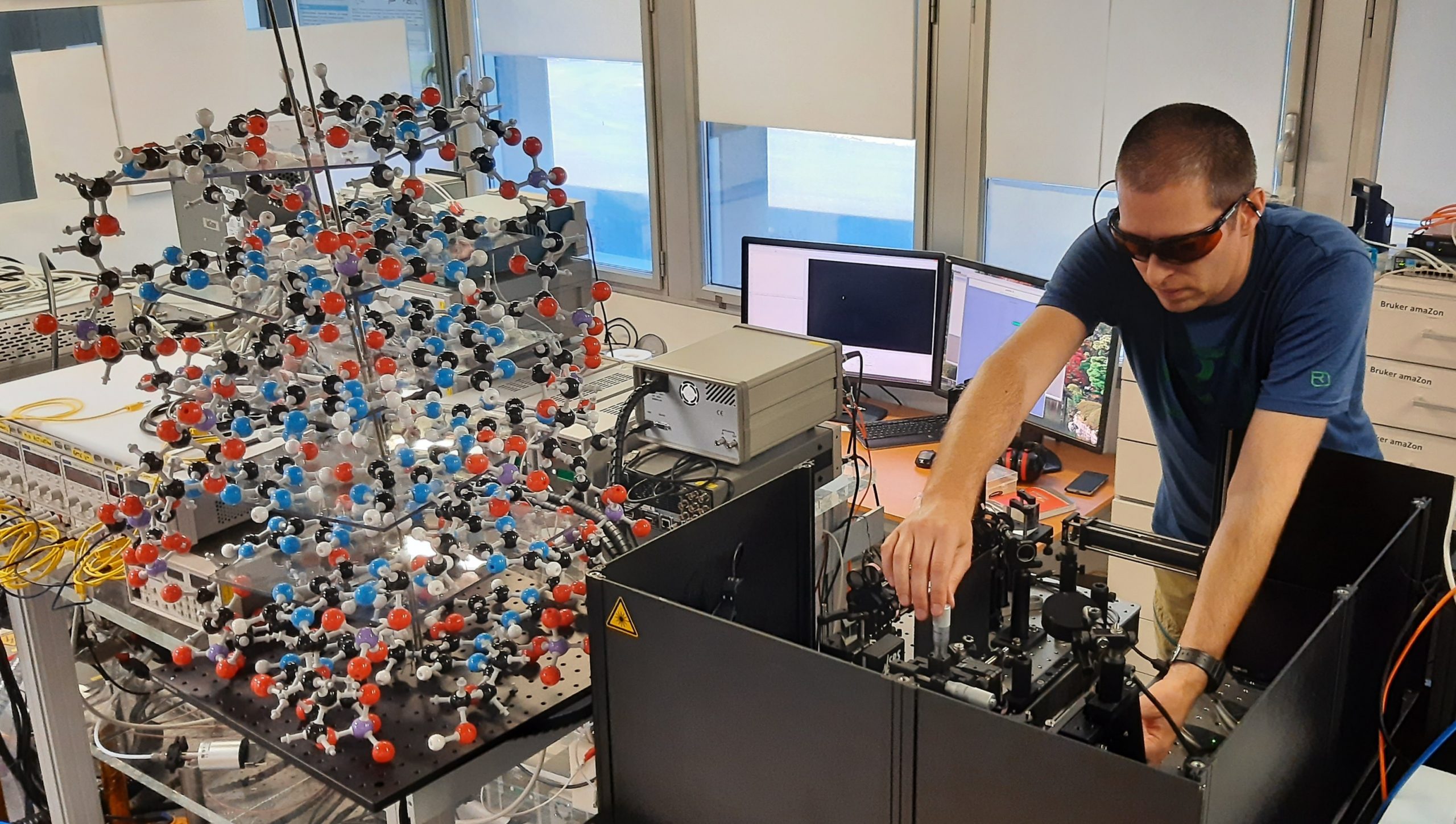 Understanding the three-dimensional structure of DNA and RNA and how they interact with other molecules is necessary for the advancement of biomedical research and drug development. A team led by Inserm researcher Valérie Gabelica at the Nucleic acids: natural and artificial regulation laboratory (ARNA, Inserm/CNRS/Université de Bordeaux)[1] has developed an innovative method pairing mass spectrometry with circularly polarized light, enabling better characterization of these different molecular interactions. This new technique is described in a study published in the journal Science.

A technique widely used in physics and biology laboratories, and also in forensic science to analyze chemical and biological samples, mass spectrometry measures the masses of each molecule in a sample, thereby providing information on how they interact and associate with each other.

Inserm researcher Valérie Gabelica and her team at the ARNA laboratory (Inserm/CNRS/Université de Bordeaux)1 are studying how short DNA and RNA sequences fold in three dimensions and interact with other molecules. To do this, they use mass spectrometry, which gives them valuable insights into how DNA and RNA associate structurally with proteins or pharmaceutical molecules, for example.

However, to better characterize these molecular interactions, the scientists must also look at molecular chirality. A molecule is said to be “chiral” when its 3D structure cannot be superimposed onto its mirror image. Due to its helical shape, DNA is therefore a chiral molecule.

Determining the chirality of a molecule is important for understanding its biological interactions with DNA and proteins – the molecules of living organisms.

Given that measuring molecular weight provides no information on chirality, the use of another technique, circularly polarized light[2], is necessary to study the 3D structure of molecules.

In a study published in Science, the researcher and her team describe a novel tool for studying chirality and how DNA and molecules assemble: a “2-in-1” method pairing a mass spectrometer and a laser that produces circularly polarized light.

The use of such a technique could open up new biomedical research avenues, particularly in neurodegenerative diseases, such as Alzheimer’s.

Indeed, several studies have shown that upstream of the protein aggregation process that forms senile plaques in the brain, the proteins form small complexes known as oligomers, which could be even more toxic. Applying the method developed by the researchers would make it possible to improve our understanding of when these oligomers change their 3D structure, in order to explore the role they play in disease exacerbation and plaque formation.

Another practical application is drug development. For example, if the target of a drug is a chiral protein, it is also important to characterize the chirality of the drug in order to find out more about its potential interactions.

“In the 1960s, thalidomide, a drug taken by many pregnant women to reduce nausea, caused severe birth defects in their babies. In fact, one of the images of this molecule in the mirror was anti-nausea, the other was toxic. A more in-depth study of the molecular structure and chirality would have prevented this,” emphasizes Gabelica.

By pushing back hard on the frontiers of mass spectrometry and facilitating the study of molecule chirality, this research is particularly innovative and opens up very broad prospects in the field of biomedical research.

TO CITE THIS POST :
Press release – Inserm press room A New Method for Unlocking the Mysteries of Life Link : https://presse.inserm.fr/en/une-nouaa-new-method-for-unlocking-the-mysteries-of-lifevelle-methode-pour-percer-les-mysteres-du-vivant/40329/