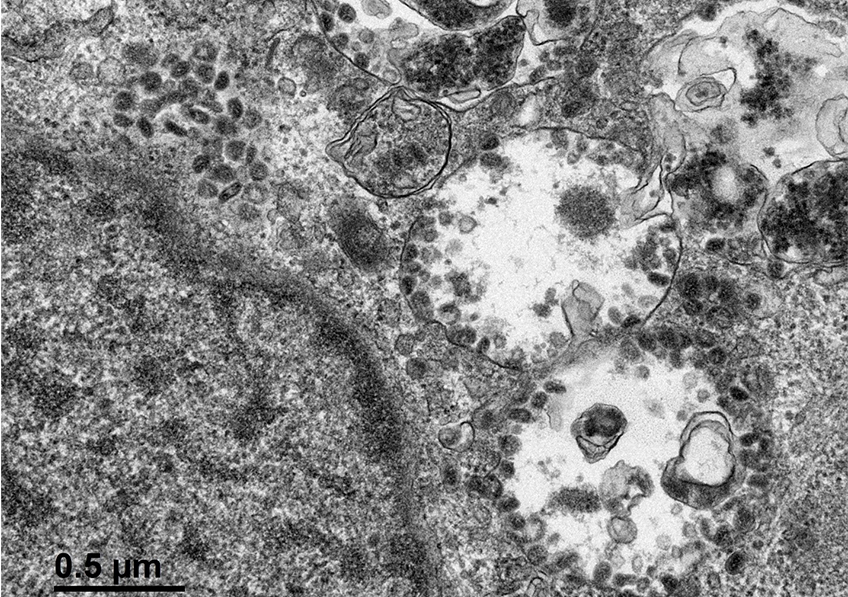 Based on a retrospective analysis of serum samples from over 9,000 adults participating in the French cohort Constances[1], a study by Inserm researchers found that out of the 353 participants with positive SARS-CoV-2 antibody tests, 13 had had their samples taken between November 2019 and January 2020 – with confirmation by neutralizing antibodies testing. Investigations in 11 of these participants revealed the existence of symptoms possibly related to a SARS-CoV-2 infection or situations at risk of potential SARS-CoV-2 exposure. These findings published in European Journal of Epidemiology suggest the early circulation of the virus in Europe.

Right from the start of the pandemic, the entire research community has rallied to shed light on this novel virus. One of the tools at their disposal has been the possibility to use data from major health cohorts. It is thanks to the regular collection of samples from volunteers in the French general population-based cohort Constances since 2012 that the researchers were able to retrospectively study the serological status of SARS-CoV-2 antibodies in those participants.

This involved selecting all of the 9,144 serum samples collected between November 4, 2019 and March 16, 2020 from participants living in the 12 regions of metropolitan France. Serological analysis was performed using a commercial ELISA test to detect anti-SARS-CoV-2 (IgG) antibodies. These samples were then subjected to in-house micro-neutralization testing to detect neutralizing antibodies. Finally, those participants for whom both tests had been positive prior to February 1, 2020 were interviewed in order to identify potential exposure to SARS-CoV-2 infection. A trained investigator collected standardized information on clinical details (on the participant and his or her relatives), history of possible exposure (particularly history of travel in Asia), and any notable events occurring in close contacts (e.g. unexplained pneumonia).

Their findings: SARS-CoV-2 antibodies were detected in 353 participants (3.9%). The proportion of positive participants had increased from 1.9% in November and 1.3% in December to 5.0% in January, 5.2% in February, and 6.7% in the first half of March. Neutralizing antibodies were detected in 44 participants, 13 of whom had had their samples taken between November 5, 2019 and January 30, 2020. Eleven were the subject of further investigation, six of whom reported no symptoms in the weeks prior to having their sample taken. However, five participants had presented with signs of viral respiratory illnesses, and eight had had close contact with individuals who exhibited such signs or reported situations at risk of potential SARS-CoV-2 exposure.

This report suggests that SARS-CoV-2 virus circulation and infection could have occurred as early as November 2019 in France. It also confirms the value of monitoring large general-population cohorts in order to answer research questions, such as those arising during a health crisis of this magnitude.

[1] CONSTANCES is France’s largest general population-based cohort to date. It is comprised of a nationally representative sample of 215,000 adults aged 18 to 69 at the time of enrolment. Enrolment began in 2012 and serum samples are regularly collected during follow-up to be stored in a centralized biobank for future analysis.

The CONSTANCES cohort was funded under the “Investments in the Future” programs.
TO CITE THIS POST :
Brève – Inserm press room Was SARS-CoV-2 Already in France in November 2019? Link : https://presse.inserm.fr/en/was-sars-cov-2-already-in-france-in-november-2019/42169/

U1153 – Centre for Research in Epidemiology and Statistics (CRESS)

U1136 – Pierre Louis Institute of Epidemiology and Public Health (IPLESP)