Yves Lévy has just been appointed by the Council of Ministers as Chairman and Chief Executive Officer of the French National Institute of Health and Medical Research (Inserm).

Professor Yves Lévy is a specialist in immunology, a physician who is also a researcher and academic. His research activity is directed at understanding the development of the immune system and its pathology. He has also coordinated and developed some twenty national and international clinical trials of immunotherapies and vaccines for HIV infection, certain immunodeficiencies and infectious diseases. His scientific career has always combined basic and clinical research. 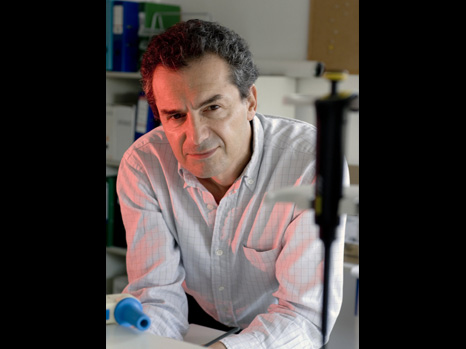 Since 1985 he has worked successively in several Inserm research units. Since 1999, he has been Director of the team “Lymphoid Development under Normal Conditions and Under HIV Infection” in Inserm Unit 955. From 1996 to the present day Yves Lévy has directed the Department of Clinical Immunology and Infectious Diseases at Henri Mondor de Créteil Hospital.
In 2006, Yves Lévy became Scientific Director of the vaccine programme of the French National Agency for Research on AIDS and Viral Hepatitis (ANRS). In 2011, he created the “Vaccine Research Institute” labex (laboratory of excellence) under the Investissement d’Avenir (Investment for the Future) programme. His science programme is based on recent advances in basic immunology, genomics and the knowledge of systems biology, and the development of innovative tools for evaluating the immune response.
From 2010 to 2012, Yves Lévy was Vice-Dean of the Faculty of Medicine, Paris-Est Créteil University (UPEC). He subsequently became a special advisor to the Minister for Higher Education and Research.
At 56 years of age, Yves Lévy succeeds Prof. André Syrota, who has directed Inserm since October 2007. The creation in 2009 of the French National Alliance for Life Sciences and Health (Aviesan), with the aim of providing better coordination and visibility for biomedical research, and of which he was Chairman, is one of the major reforms promoted by André Syrota.
4 broad objectives for Inserm
For the coming years, Yves Lévy has set the following 4 objectives for Inserm:
• maintain very high level basic research,
• attain an international level of excellence in the technologies associated with the life and health sciences,
• contribute to defining an authentic national policy on public health and assistance to public decision making,
• strengthen the links with patient associations, and work towards a better dissemination of scientific culture
This policy will be based on a sustained willingness to decompartmentalise the different areas of biomedical research, and encourage dialogue between research organisations, especially within the framework of the Aviesan alliance. Finally, Yves Lévy hopes to increase social dialogue within the Institute. On this latter point, Yves Lévy, as the new Chairman and CEO, insists that “It is important that there be no hiatus between research policy, the creation of alliances, the definition of an overall strategy and the assumption of ownership and responsibility by the research players.”
These objectives will enable Inserm, the leading biomedical research organisation in Europe, to strengthen its position and attractiveness, and to expand its partnerships at international level.