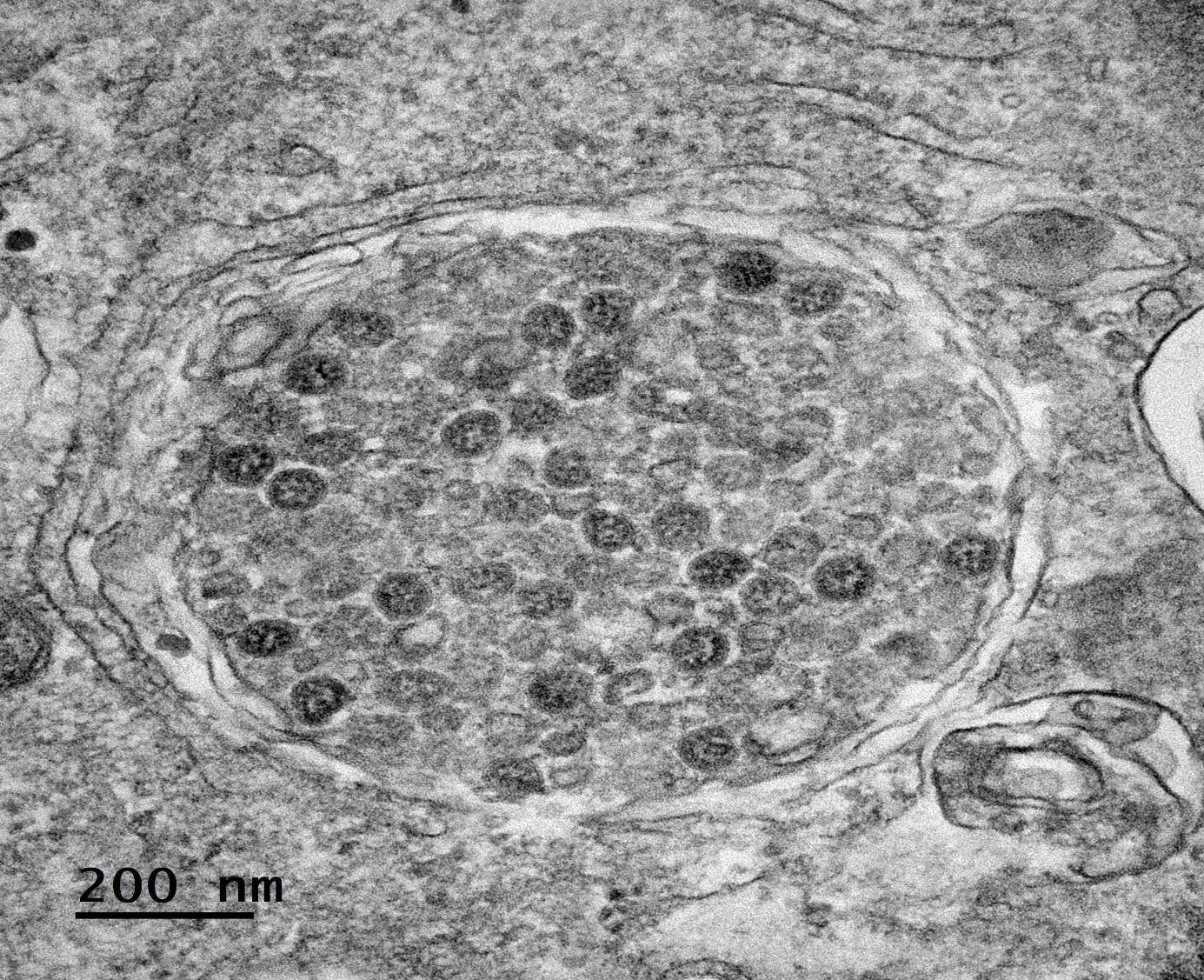 A new test to detect antibodies to SARS-CoV-2 that is reliable, inexpensive and needs no special equipment? This is the proposal of an international scientific team, of which one of the members is an Inserm researcher at the Institute of Pharmacology and Structural Biology (CNRS/Université Toulouse III – Paul Sabatier). Developed in collaboration with the University of Oxford, this serological test is based on a single reagent that causes red blood cells to agglutinate in the presence of antibodies specific to SARS-CoV-2. Potential initial applications for this test include clinical and epidemiological research. The original article describing the research was published in Nature Communications on March 29, 2021.

Detecting antibodies to SARS-CoV-2 is epidemiologically essential when it comes to monitoring the progression of the epidemic. It is also necessary for scientists studying the links between past contact with the virus and protection against renewed infection.

Several tests are already available and while effective, they require sophisticated and costly equipment that limits their widespread use, particularly in countries with more limited resources.

That is why Etienne Joly, an Inserm researcher at the Institute of Pharmacology and Structural Biology (CNRS/Université Toulouse III – Paul Sabatier) has devised a new test that is easy to perform and inexpensive. Developed in collaboration with Alain Townsend at the University of Oxford in the UK, the test is based on hemagglutination – a method that has been known for over 50 years and is commonly used to determine blood groups.

The process is based on the agglomeration, visible to the naked eye, of red blood cells in the presence of specific antibodies – in this case directed against SARS-CoV-2. The secret of its simplicity lies in the use of a single reagent consisting of a recombinant protein that associates an antibody recognizing a red-blood-cell surface molecule (glycophorin) with the RBD peptide of the SARS-CoV-2 Spike protein (the domain recognized by the neutralizing antibodies against the virus). When brought into contact with blood, this reagent binds to the red blood cells. 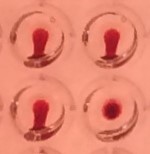 The test requires two V-bottomed wells, in which 2 microliters of the blood to be tested are diluted. The left-hand wells – the negative controls – contain the dilution medium, whereas those on the right contain the dilution medium plus the IH4-RBD reagent. After one hour of incubation, the red blood cells have settled, forming a red “button” at the bottom of each well. The plate is then tilted at an 80° angle for 30 seconds and the non-hemagglutinated red blood cells form a teardrop – as can be seen in the left-hand wells. The presence of antibodies in the sample tested on the second line is revealed by the red blood cells agglutinated by the reagent that remain as a “button” at the bottom of the well. © Etienne Joly

If, in this same blood sample, antibodies to SARS-CoV-2 are present, they recognize the RBD fragment of the reagent present on the surface of the red blood cells. These antibodies can bind simultaneously to RBD fragments that may be on two different red blood cells, thereby linking the latter together and creating a cluster. Such agglomeration reveals recent or past infection.

No sophisticated techniques are required for these procedures. The blood can be collected by means of a simple finger-prick, like people with diabetes do when testing their blood sugar levels every day.

Furthermore, the reagent is supplied in lyophilized form that requires no refrigeration and the result can be read with the naked eye. An additional advantage is that this reagent is easy and inexpensive to produce. Its estimated cost of 3 euros per 1000 tests makes it affordable for countries with fewer resources.

The test was evaluated on over 400 serum samples from patients treated in various UK hospitals and presented 90% sensitivity. This means that the test will only detect antibodies in 90 out of every 100 people who possess them. A percentage that Joly is currently working on increasing because it is slightly lower than that of the ELISA tests commonly used in diagnostic laboratories (although it is already better than that of the COVID rapid diagnostic orientation tests available in pharmacies for around ten euros). In terms of specificity, the test achieves 99% – meaning that out of every 100 people who do not possess antibodies, the test will return a false positive for just one of them.

The scientists are now making this test available to interested research laboratories in order to help them elucidate the dynamics of the COVID-19 epidemic. Another advantage is that this test should be easily adaptable to other diseases.

“By modifying the protein of the reagent, it will be possible to tackle the screening of antibodies directed against the variant forms of the virus, or other pathogens such as HIV or the tuberculosis bacterium. We just have to choose the viral or bacterial protein predominantly targeted by antibodies,” concludes Joly.
TO CITE THIS POST :
Press release – Inserm press room COVID-19: A New Serological Test to Improve Monitoring of the Pandemic Link : https://presse.inserm.fr/en/covid-19-a-new-reliable-and-inexpensive-serological-test-to-improve-monitoring-of-the-pandemic-2/42539/

In a new study, researchers show that a significant proportion of patients who were hospitalized and followed up as part of French COVID continue to have symptoms three and six months after infection. ...

COVID-19: discovery of the mechanisms of short- and long-term anosmia

Loss of smell, or anosmia, is one of the earliest and most commonly reported symptoms of COVID-19. ...