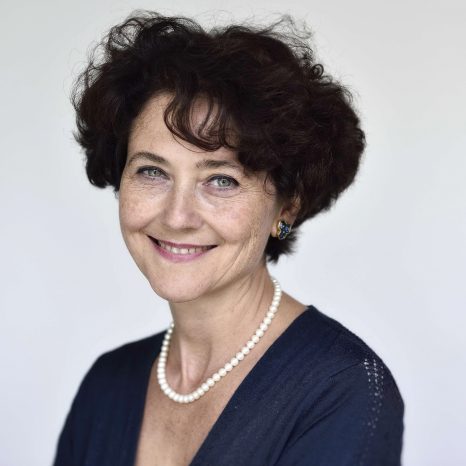 On Thursday, November 30, at Collège de France, the annual Inserm Prize ceremony will honor nine researchers and engineers whose achievements have contributed to the institute’s scientific excellence. The 2017 Inserm Grand Prize will be awarded to Edith Heard for her work on epigenetics.

Having completed her Ph.D. in her native England, Edith Heard joined Institut Pasteur in 1990 for her postdoc where she worked on X-chromosome inactivation. Apart from a year spent in the US at Cold Spring Harbor Laboratory (2000-2001), she has worked in French research ever since. Currently a Professor at the Collège de France and Director of the Genetics and Developmental Biology Joint Research Unit at the Institut Curie, she researches X-chromosome inactivation, in addition to its epigenetic regulation [1]during development and its deregulation in cancer cells.

Heard is responsible for having made several discoveries on the epigenetic mechanisms regulating X-chromosome inactivation and the role of the nuclear organization in this process.

The year 2012 saw the defining moment of Heard’s career so far when her team, in conjunction with US researchers, discovered an unexpected chromosomal organization in which chromatin, a complex of DNA and proteins, is organized according to topologically associating domains (TADs). These structure the DNA in a kind of “strand of yarn” which forms several balls,  each corresponding to a TAD. This “ball of yarn” effect is responsible for gene regulation. During reproduction, the loss of these balls triggers the inactivation of an X chromosome. A discovery which has had a major impact on genome and epigenome interpretation.

In addition to her teaching and research activities, Heard is working on the development of PAUSE, a national program managed by the Collège de France. Its objective is to develop a form of science without borders by enabling the emergency reception of researchers exiled from countries whose political situations no longer permit them to carry out their work without endangering their lives and those of their families. In 2019, Heard will become Director General of the European Molecular Biology Laboratory (EMBL) – a significant event in the career of this staunch Europhile.

The International Prize is awarded to Inserm Research Director Marie-Paule Kieny. Kieny has spent a large part of her career with the World Health Organization (WHO), including 7 years as Assistant Director-General.

In 2014, West Africa was hit by Ebola. A specialist in virology, Kieny took charge of all related research and development aspects, achieving great success. In the space of 11 months, WHO was promoting and following up the clinical trial of one of the two vaccines tested in West Africa. Positive results were obtained in Guinea. An application has recently been submitted to the US and European regulatory authorities and the vaccine is expected to be approved in 2018 or 2019.

The Prize of Honor is awarded to Claude-Agnès Reynaud, CNRS Research Director and Jean-Claude Weill, Emeritus Professor of Immunology at the Paris Descartes Medical Faculty. They have been working side by side since 1981 in the field of adaptive immunity. Their desire to understand chicken antibody production led them to discover a new molecular mechanism which consists of using a single gene to produce an infinite variety of antibodies.

This discovery opened the doors to the Institute of Immunology in Switzerland, where they studied the immune repertoire of sheep. The two researchers then discovered a second unique and specific molecular B-lymphocyte mechanism that they called “antibody affinity maturation”.

The Opecst-Inserm Prize is awarded to Marc Peschanski, Inserm Research Director (“Institute for Stem Cell Therapy and Exploration of Monogenic Diseases”, I-Stem, Evry) for his work on human embryonic stem cells. Marc Peschanski and his team are currently in the process of accomplishing a feat involving the industrial production of therapies developed from human embryonic stem cells and their products.

The Research Prizes are awarded to Emmanuelle Génin, Inserm Research Director (Unit 1078 “Genetics, functional genomics and biotechnology”, Inserm/UBO/EFS-CHRU Brest) in recognition of her work on DNA, and more precisely on the analysis of the genome of a patient, opening up the possibility for genome sequencing to become an actual clinical diagnostic tool; and to Alain Chédotal, Inserm Research Director at the Institut de la Vision (Unit 968 “Transmission of visual information, retinal pharmacotoxicity and neuroprotection”, Inserm/CNRS/UPMC), who has succeeded in observing the neuronal connections of an intact brain in 3D, with the help of laser beams and fluorescent imaging.

The Innovation Prizes honor Sophie Allart, biochemist and Inserm Research Engineer (Unit 1043 “Physiopathology Center of Toulouse-Purpan” (Inserm/CNRS/Université Toulouse III-Paul Sabatier), in recognition of her work on pathophysiology, which has led to the discovery of the presence of the Zika virus within spermatozoa, and not just on their surface; and Ludovic Galas, Inserm Research Engineer (Unit 1234 “Pathophysiology, autoimmunity, neuromuscular diseases and regenerative therapies (PANTHER)”, Inserm/Université de Rouen) whose work has led to the development of an application, Agir, and which has provided a more global vision of the concept of risk in terms of chemical and biological products handled by researchers.

[1] Epigenetics refers to the marks which attach to DNA and its surrounding proteins, influencing gene expression.